Our logistics operations prices are significantly lower than average market indicators. If you are looking for Los Angeles movers — you have come to the right place.

In terms of population, Los Angeles is second only to New York and is the administrative, financial, and cultural center of California. Here are the largest USA entertainment and show industry companies: the popular Hollywood movie and record studios. The metropolis hosts many social events, in particular, Grammy, Emmy and Oscar awards. Annually over 1,100 theatrical performances are staged here and over two dozen premieres take place. The Walt Disney Concert Hall, Hollywood Bowl and Dolby Theater, where awards are presented to actors and directors, are in the city of Los Angeles. And local residents actively use the services of Los Angeles movers.

Choose the right option and request a quote

Get a free quote 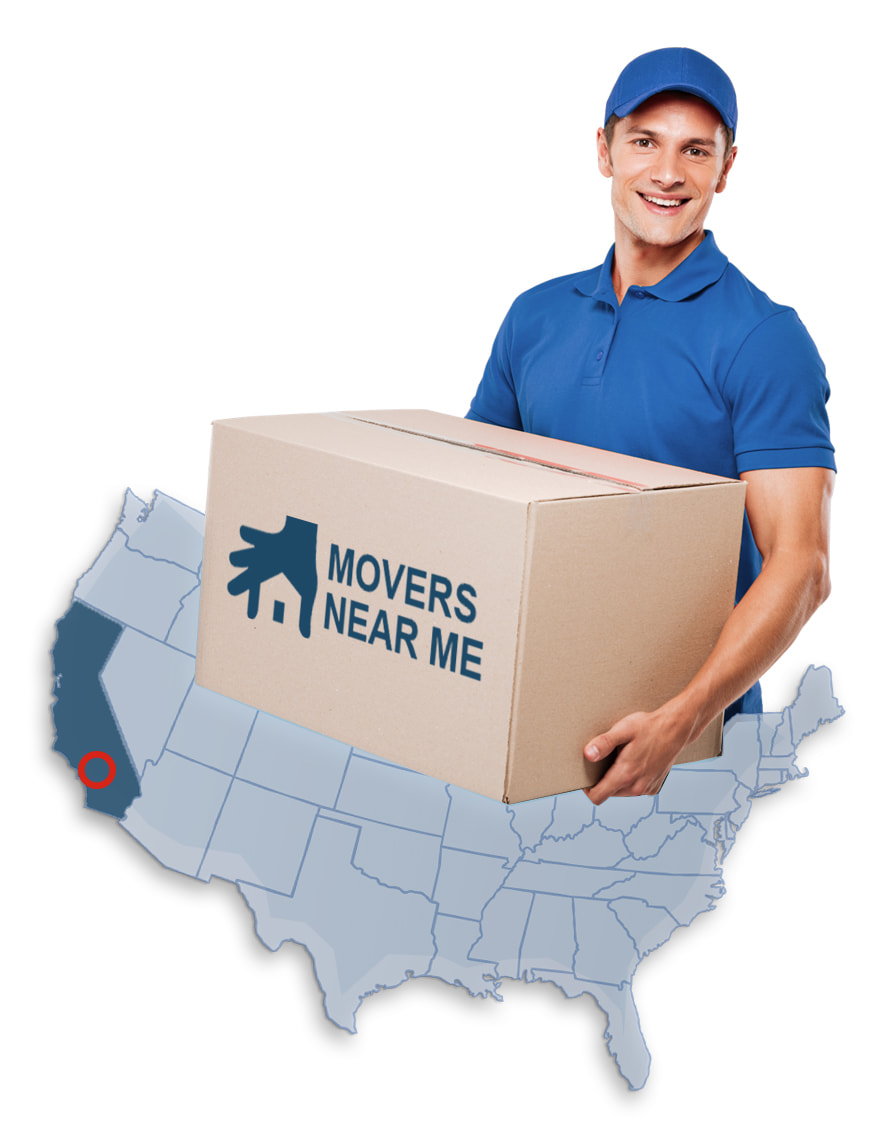 All areas →
Our Services

Services for Organizing the Moving to Los Angeles

Our company has everything necessary to ensure the transportation of Customers’ things in the process of moving or business relocation. Movers Near Me is a team of highly trained professionals: movers and managers, with a fleet of modern trucks with closed vans. When organizing a residential (apartment), office or commercial moving to Los Angeles, we provide the following services:

Additionally, the company staff provides packing services for moving with the provision of guarantees of their safety. We have the materials necessary for this: cardboard and plastic boxes, bubble wrap and other consumables.

No fee for gas, truck, stairs

No fee for gas, truck, stairs

We’re always trying to suggest the right option depending on your relocation needs, so feel free to request a quote over the phone

or
Get a quote online

A distinctive feature of our company is an integrated approach to the organization of our Customers’ moving to Los Angeles and other cities of California. We provide a full range of Los Angeles moving services on favorable terms: our prices are quite competitive.

Our Los Angeles moving company apply the practice of preliminary assessment of the work cost with the subsequent clarification of the amounts. This allows the Customer to correctly calculate their financial costs and opportunities and choose the right company for transportation,

We strive to comply with the agreed deadlines as accurately as possible when moving. Our Experts are always in touch and ready to answer all your questions regarding the organization of transportation. We are waiting for your calls and invite you to visit our office for free consultations.